Do you work with digital or film? 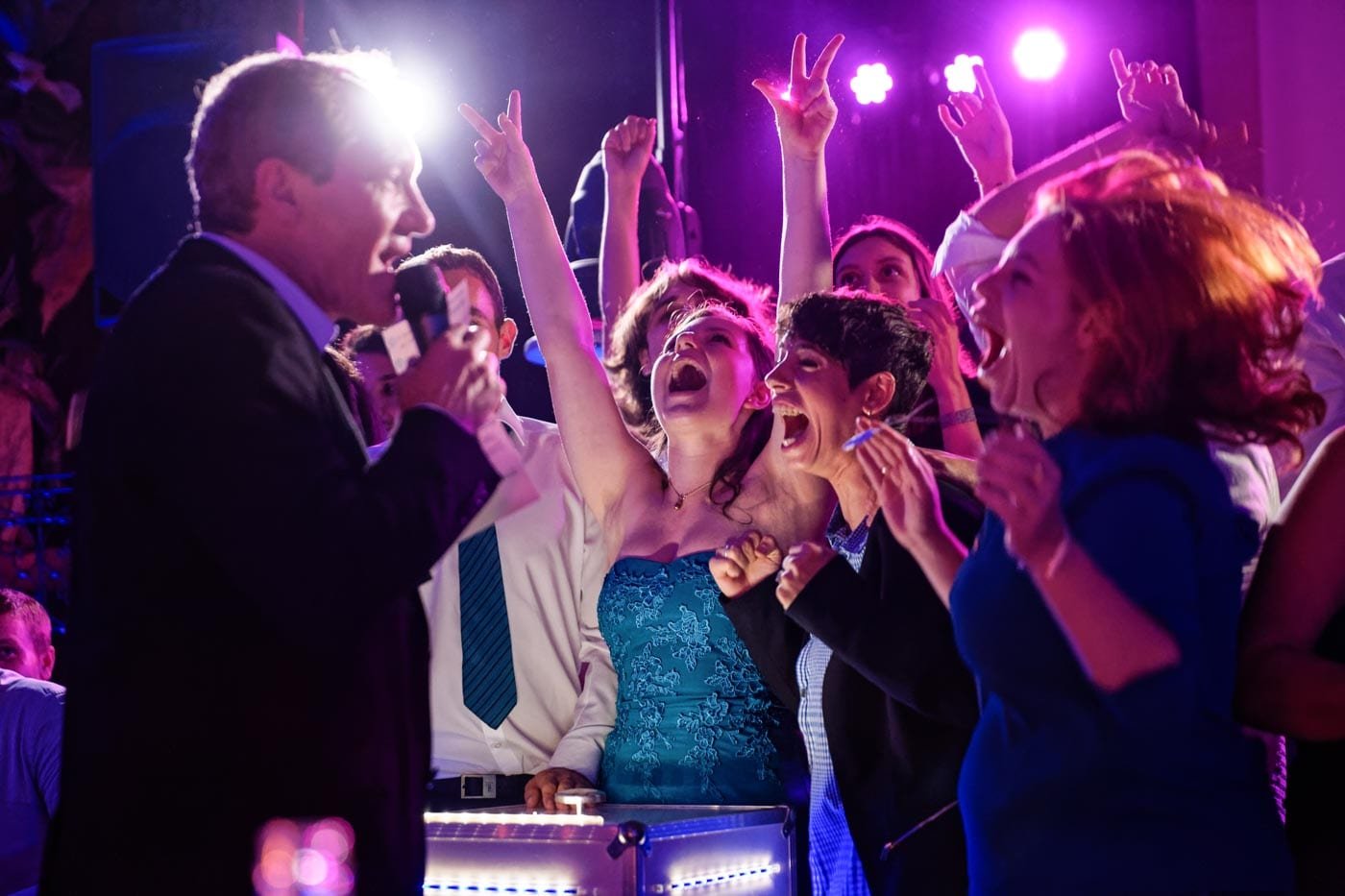 I work with digital, which allows me to take a LOT of pictures (sometimes I can make over 10,000 shots in one day!). But, if you want me to work with film, I offer an option. In addition, with the digital pictures, I bring my old Mamiya 645, some black and white rolls, and I take great pleasure to use them! Film brings the vintage charm. It’s a fancy option. But I won’t realize all the reportage in film. Otherwise, I must add a zero to the total price!

Around 2005, a trendy effect was to use Instagram filters that give the pictures an old style effect. They were inspired of postproduction filter named cross-processing effect (dark become blue, white become yellow). The cross-processing is an old effect used in fashion industry the 70s.
The trick was to make by developing a positive film (diapo), into a chemical solution for negative film.

I think that today, the trendy effect is the film effect. You can see it everywhere, on wedding blogs and several wedding magazines. What’s amazing is that they not only looking for a film like effect, but they are looking for a bad scanned film effect. Black is not black (it is gray), and white is not white (they are gray light). And, in digital, a lot of photographers apply a post-production effect to their digital pictures! You can judge that when you see all post-production companies like VCSO.

I consider that something trendy today will look like outdated tomorrow. That why I do not offer film in my package.

Don’t miss-understand me. I enjoy working with film. For my personal work, I used to work with film. But for a wedding I consider that there is much more advantage to work with digital.

Let’s make a list quickly of all advantages to work with digital.

It’s a huge phantasm! Many people think that traditional argentic photography is better than the digital one. Well, it could be true and false and the same.
It was maybe mostly true in the past, but now technology has significantly involved.

If we want to to answer the question properly, we should consider several parameters:

Latitude of exposition, Digital VS Negative VS positive film.

You have probably heard of positive film and negative film. You can find them in color and black and white. They exist for 24×36 camera, middle format (120mm large), and for plan film (for view camera).

The range of ISO for positive film spread from 100 to 400 ISO (or ASA). For negative film, it goes from 25 ISO to 3200 ISO. The higher is the ISO, the more noise appears and the poorest are the colors.

The Latitude of exposition is the width of spectrum used to record information. It’s the amplitude of light that you can record, from the dark light to the highlights.

We measure the Latitude of exposition (the dynamic range of a sensor) in Stops. A Stop is a quantity of light entering the camera. It directly related the lens opening and the time of exposure.

Most film as a dynamic of range of 13 stops.
Today, the best sensors are 14 stops, and some even 16! That means, if you correctly expose your pictures, you have an amplitude of  7 to 8 stops below and above the original exposure.

Having a large latitude of exposition allows photographers to correct image in post-production. For instance, if you underexpose a shot you can still push it brighter if you have enough information.

More that just “saving” a missed shot, the capacity to record a high dynamic range of light allows photographer to restitute images that look closer to reality.

Indeed, there is a lot of scenery featuring a huge difference a lightening.

With a high dynamic of range, the photographer will be able to expose for the face, and bring back texture and color in the sky.

It might seem anecdotic, but that’s extremely important to render scenery that has a high dynamic range.

The positive film is very sensitive and requires a perfect exposition. You cannot correct your exposure afterward. Even if you do a small mistake when you take your shoot. That’s why technic of 0,3 diaph bracketing became popular.

At the opposite, the negative film can restitute information’s even if the exposition is approximative. They both exist in color and white. Each brand, each model has a specific aspect.

Professional photographer massively started using digital camera around 2000. At this time, the latitude of exposition of the sensor were lower than film.

In 2010, NASA Scientist created a sensor with a higher dynamic range than film.

So, of course, it will depend on the sensor of the camera.

15 years before, let’s say digital sensor had a tiny dynamic range, and they could not restitute enough colors information. The result was disgusting. Today is not the case anymore.

Quality of argentic pictures will vary regarding to the size of the film used. Is it a 24x36mm? Is it a medium format or a view camera? The bigger is the film, the better is the quality. If we speak about resolution of the pictures, we can say that today a good professional digital photography camera are as good and argentic pictures. It means that with the same equivalent film-digital, you will can print a poster of the same size.

Quality of Lens and sharpness.

First, let’s say that if you are looking for the most sharpened lens, today, you can find old argentic lenses who are very good and Sharpe for a very cheap price. (So people love to say argentic gear is better and cheaper.) But there is one big point that we often forgot: the autofocus system. And for the wedding it’s a must have!

Then, the wilder is the lenses opening, the more blur you will have in background. That blur created an “artistic” effect. We also called it bokeh.

And here again, argentic gear is cheaper for a same wild opened aperture.

To make it simple, the wilder is the sensor size (or film size), the more bokeh you will have. Wedding photographer look for this blurry effect on the background. This allows to to isolate the bride and groom from the background. Thus they highly appreciate the medium format.

And here again, argentic gear for medium format is much cheaper than a digital one.

To summarize on the quality.

I think that today, digital quality is as good as argentic and sometimes even better.

For people who really like the medium format camera bokeh, it could make an economic sense to use argentic medium format (it’s still cheaper than the same gear in digital. But that my change in a close future with a brand like Hasselblad). But it will really not make sense to shoot with a 24x36mm camera in film.

I think the old style trendy effect will pass, while “regular” colored pictures and black and white photographs will never past.

I understand why people believe that a photographer who shoots in argentic is better: because it’s more difficult to shoot in film (you cannot control), and it’s rarer (it’s also much more expensive).

And I also understand the negative film is something real, that you know you will easily keep safe during years. In a world where everybody does a lot a picture every day but no one print them, we see a resurgence of proper material values, like Polaroid and films.